As G-protein-coupled receptors (GPCRs) can activate several signaling pathways dependent on G-protein subunits they bind to, there have been extensive efforts to develop new, sensitive, and easy-to-use assays to measure second messengers as readout for GPCR activation. Ca2+, serving as a second messenger or charge carrier, mediates the functional responses of a variety of membrane receptors and ion channels. Functional assays measuring changes in intracellular Ca2+ levels have been commonly used to screen for compounds that modulate the activities of target receptors or ion channels.

Ca2+ mobilization is the result of activation of GPCRs binding to specific Gα subunits Gq and Gi. Gq-coupled receptors activate the classical phospholipase C pathway, leading to an increase in inositol triphosphate (IP3) level. IP3 binds to IP3-sensitive calcium channels on the endoplasmic reticulum resulting in the release of calcium from the endoplasmic reticulum into the cytoplasm. Changes in intracellular calcium that reflect GPCR activity can be measured conveniently and accurately using calcium-sensitive dyes.

The Ca2+ mobilization assay is very popular in GPCR screening because of the availability of cell-permeable Ca2+-sensitive fluorescent dyes (such as Fluo-3 and Fluo-4) and automated real-time fluorescence plate readers (such as fluorometric imaging plate reader (FLIPR) and functional drug screening system (FDSS)). FLIPR’s integrated pipetting capabilities allow for ultra-high throughput screening in 384- or 1536-well format, enabling the detection of agonists, antagonists, and allosteric modulators in one assay. The use of fluorescent dyes can also be replaced by the use of Ca2+- sensitive biosensors. Recombinant expression of the jellyfish photoprotein aequorin, which provides an intense luminescent signal in response to elevated intracellular Ca2+ in the presence of a coelenterazine derivative, has also been developed for functional screens of GPCRs. 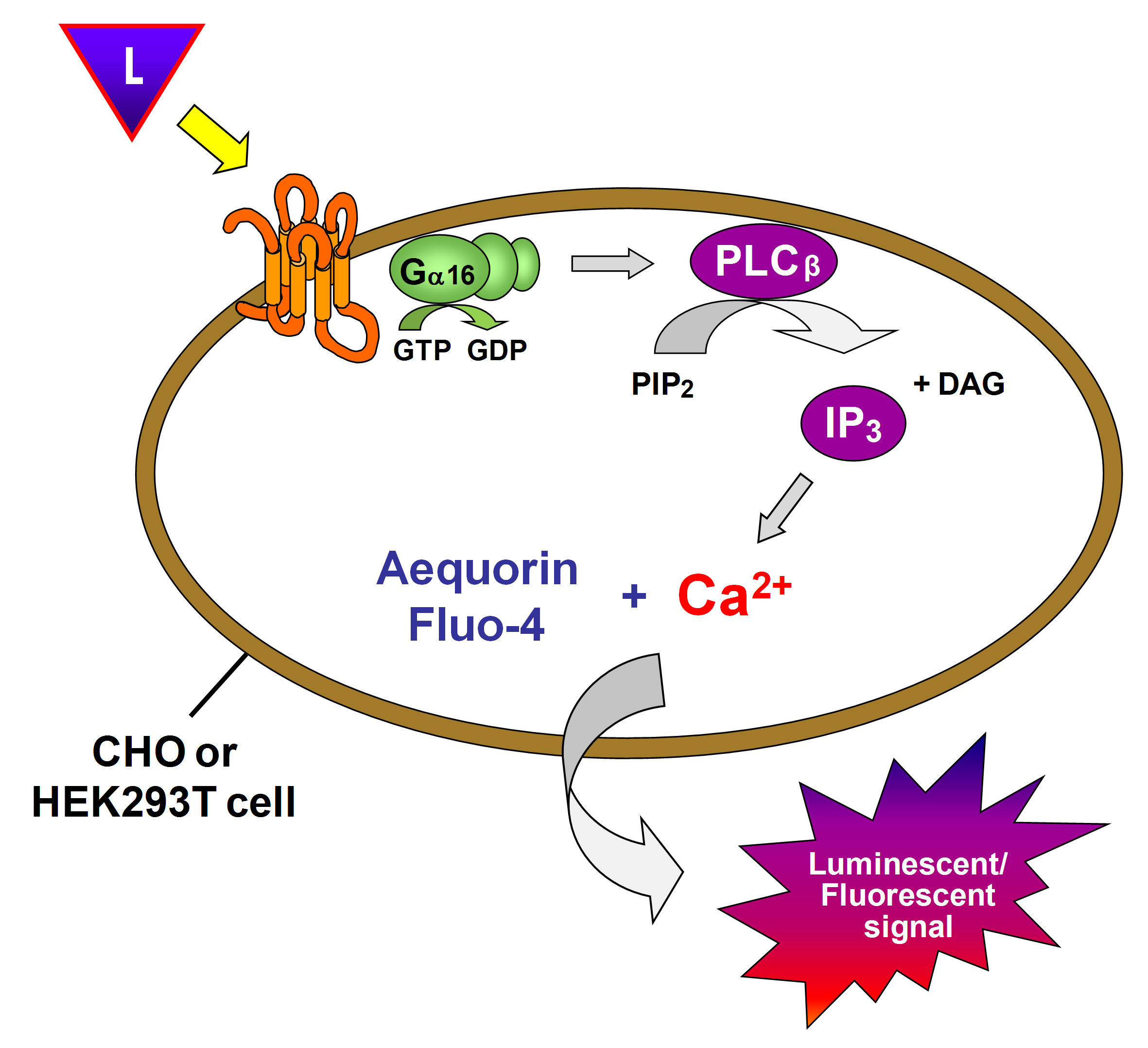