Lipophilicity and solubility are basic physicochemical properties, but also key parameters that can dictate the success or failure rate of drug discovery and development. Their measurement is pivotal for both in vitro and in silico evaluation of drug properties. 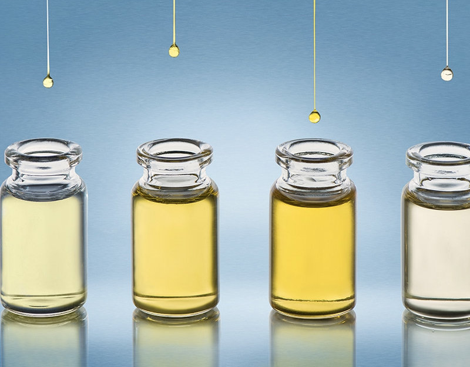 Lipophilicity has long been recognized as an important factor in the successful clinical development of drugs and their entry into the marketplace. Lipophilicity refers to the ability of a compound to dissolve in fats, oils, lipids, and nonpolar solvents such as hexane or toluene. In vivo, it reflects the key event of molecular desolvation in transfer from aqueous phases to cell membranes and to protein binding sites.

Lipophilicity contributes to the ADMET properties of drugs, contributing to their solubility, membrane permeability, potency, selectivity and promiscuity; impacting their metabolism and pharmacokinetics; and also affecting their pharmacodynamic and toxicological characteristics. If lipophilicity is too high, there is an increased possibility of in vitro receptor promiscuity and in vivo toxicity, as well as poor solubility and metabolic clearance. If lipophilicity is too low, the drug will generally exhibit poor ADMET properties.

The lipophilicity of a compound can be represented either as partition coefficient (logP) or distribution coefficient (logD). LogP is a molecular parameter that describes the partition equilibrium of an un-ionized solute between water and an immiscible organic solvent, while logD is the ratio of the sum of the concentrations of all forms of compounds in each of the two phases. Since most known drugs are at least partly charged in physiological pH, logD can more accurately describe the lipophilicity of the compounds. Lipophilicity reflects the net result of all intermolecular forces involving a solute and the two phases it partitions. Accurate and efficient determination of lipophilicity is an important requirement for drug design.

Given the value and impact of lipophilicity in drug discovery and design processes and its evidenced role as a predictor of eventual compound success, an understanding of lipophilicity and how to regulate it are critical for medicinal chemist and for the development of successful therapeutic compounds. At Creative Bioarray, methods for determining lipophilicity in isotropic solvent/water systems include:

Solubility, the phenomenon in which a solute dissolve in a solvent to form a homogenous system, is one of the important parameters to achieve desired drug concentration in the systemic circulation for anticipated pharmacological response. Any drug to be absorbed must be present in the form of an aqueous solution at the site of absorption. Poorly water-soluble drugs often require high doses in order to reach therapeutic plasma concentrations after oral administration. Low aqueous solubility is the major problem encountered in developing formulations and generics.

Solubility plays a crucial role in the success of in vitro absorption, distribution, metabolism, excretion and toxicity (ADMET). Therefore, early solubility information is beneficial to guide compound selection, help decision-making and provide an early alert for potential issues in ADMET.